(with a little help from  Brian & Benita Thomas.)

I was made from steel, rubber, vinyl and sundry other  materials in the Rover factory in Solihull, Warwickshire, England in 1964. I was given the best paint and leather seats and a factory vinyl sunroof so that my  owners could enjoy the mild English sun. I was so proud of my  appearance and I assumed I would provide joy and transport to a Lord or maybe a Baroness or even a Baronet. I held my bonnet and grille up high waiting for my first owner.

To my total surprise and initial dismay, I was taken to the shipyards at Southampton and found myself on a freight ship on my way to Sydney! I would never be able to proudly carry English Lords and Ladies on their outings.

I was a special order for a Sydney businessman, Charlie Coe. Charlie was a very successful insurance broker and agent operating his own business in North Sydney. Charlie’s clients were mainly on the affluent North Shore and Charlie knew I would impress his clients with my noble poise and I would help him to sell more insurance and, therefore, become even more successful.

When I was not being driven during  working days, I was kept under cover close to Charlie and his office. I was kept polished, serviced and was given all the care and attention Charlie could  muster. Charlie made me work very hard for his business. He drove me almost every day across the Harbour Bridge and all over the North Shore. I was constantly admired by Charlie’s clients, some of whom poked me and sat on me and put finger marks on my windows when Charlie was not looking out for me. I proudly gave some of Charlie’s best clients a ride on my comfortable leather seats and in my fancy air-conditioning. I was proud to be helping Charlie’s business grow! I was the only Rover Coupe in the insurance business on the North Shore. I was an insurance attraction!

I got very tired and sick by 1978. I thought I was for the scrap heap and I trembled as I blew heaps of smoke as Charlie often drove me past Simms metal recycling yard. Would I end up made into a HOLDEN? or even a FORD?!!!  But this did not happen, Charlie had my motor and almost all my motor attachments replaced. It was as good as a heart transplant,  Charlie said, And he was right! I was given a complete new lease on life. I felt young again!!

After my transplant I went back to work for Charlie. He was older now and did not work so much so we went on holidays to Queensland whenever Charlie wanted a break from his business. Charlie sold his business and retired in 1982. I thought he would sell me too with the business but no: he changed my registration to ‘private’ and kept me as his own private car in his retirement. I had retired too! I did not drive so many miles in my retirement but I had some very special  drivers and  passengers.

Charlie had relations in England. One in particular, a handsome young man called Sebastian Coe who was a very famous Olympian. He ran like the wind. Seb, as a school boy in the 1960’s, was an accomplished athlete and runner. He won county and schools championships for 3000m, 1500m and cross country. Seb went on, in 1979, to break three world records: the 800m and the mile in Oslo and the 1500m in Zurich. Seb went on to win medals at the 1980 and the 1984 Olympic Games. His world record for the 800m, set in 1981 was not beaten until 1997.

Seb was a regular visitor to Australia for both sporting and business interests. During many of his visits he drove me around Sydney and to the South Coast. Over time, Seb became my effective owner. I gave rides to many of Seb’s friends. I don’t know who all my passengers were: some were beautiful women. Was one of my  passengers Seb’s  business partner and alleged romantic companion fellow athlete Jane Flemming? Jane is a Golden Girl who won two gold medals for athletics in the Commonwealth Games and has ranked number two in the world in athletes for most of the last decade.

In more recent years I have been resting in a garage in Nowra where I was discovered by club member Ian McLeish, from an advertisement in the Unique Cars magazine. Ian acquired me and brought me back to his farm in Sutton and gave me a refreshing clean up. I did not fit in with Ian’s stable of Mercedes despite their shiny dark paint. Ian sold me to my present owners, Brian and Benita Thomas. They now take me to club events and as a special treat, to the National Botanical Gardens where I am safely parked under a shady tree while my owners enjoy the ambience of the beautiful gardens. They will look after me,  (despite being Holden owners!)

I see my future is as a proud vehicle in the car club, where I can be  admired.

I was made for Britain’s Lords and their Ladies. I thought when I was transported to Australia I would never carry a Lord or a Lady. But I was wrong. Seb was made a life member of the House of Lords and became Lord Sebastian Coe. I have been driven by a Lord! 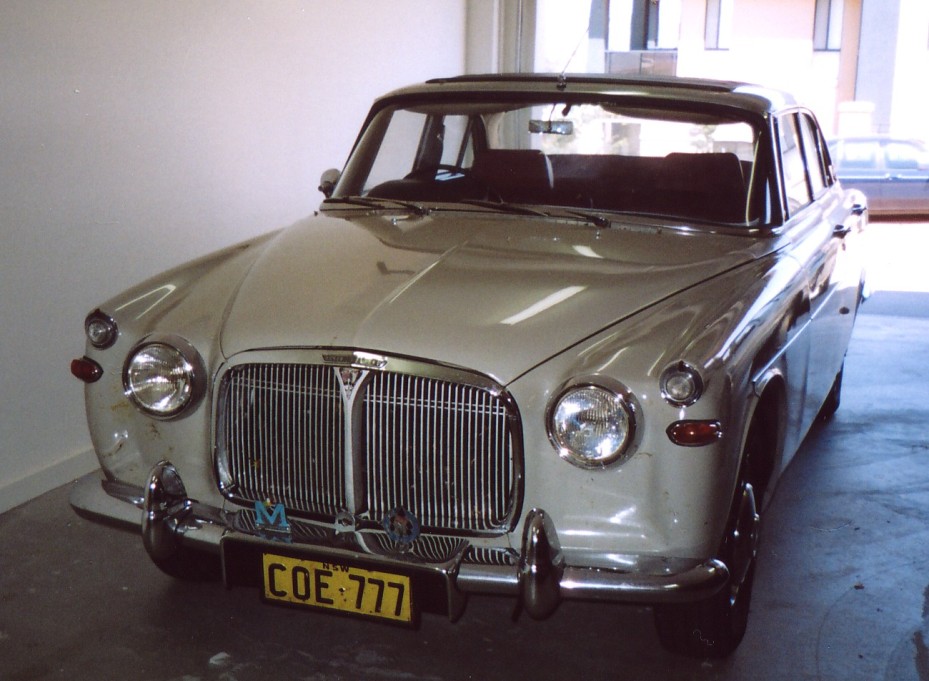 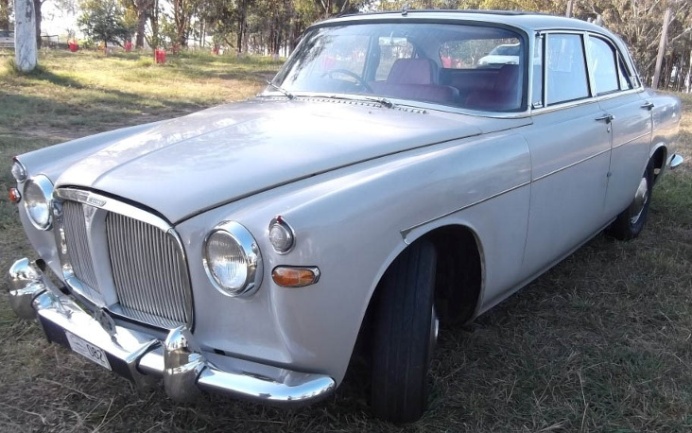