Car of the Month December 2015 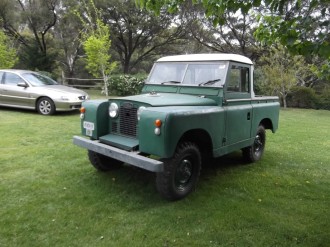 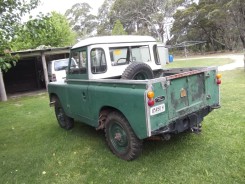 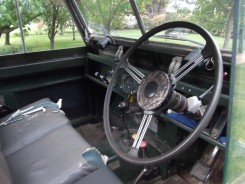 Car of the Month November 2015 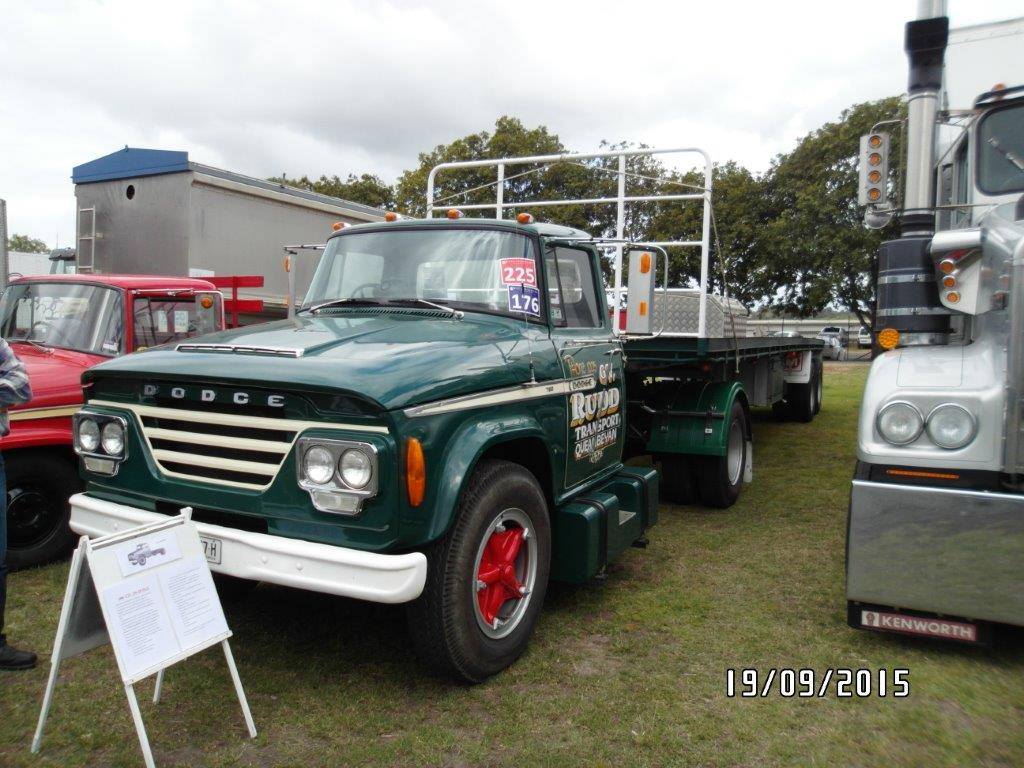 Note the jack and tools storage 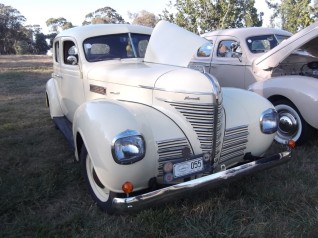 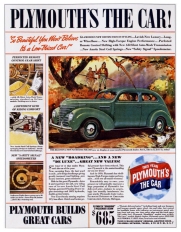 Owned by Keith and Janice Bateman

(Article in June Issue of The Wheel)

Cassie was previously named Whistler by her past owner as a tribute to the wind noise experienced at high speed.

A car dealer friend always said that the price of a Datsun was written on the side. 200B meaning $200.00 value.

Cassie has been well worth the investment.  During the past 20 years she has provided reliable transport throughout Australia, she has travelled twice across the Nullarbor Plain, and through SA, WA, VIC, QLD, NSW and ACT. Cassie has her own purpose built 6 x 4 trailer which she has hauled easily many a KM throughout the country.  The attached photos highlight just some of the many adventures Cassie has completed.

The Datsun 200B was introduced as a replacement for the 180B, and it was sold in many countries from 1977 to 1981. Introduced in October 1977 in Australia, the first 200B’s were all fully imported in sedan, station wagon and coupe forms, the latter retaining the SSS badge.

In January 1978 local assembly began for the sedan, followed shortly by the wagon. The sedan trim levels were GL and GX. While the coupe remained a hardtop, Datsun added an opera window in the rear pillar. The coupe was discontinued in Australia in 1979. The engine used is a larger version of the L series engine from the preceding 180B. Dubbed the L20B its capacity was increased to 1952 cc, making it good for 72 kW (97 hp).

Almost immediately the 200B became Australia’s top selling four-cylinder car, a position it held until it was displaced by the Mitsubishi Sigma. Its popularity however remained strong right through the production run, family buyers appreciative of the plentiful interior room and standard features. The 200B was a big leap from the 180B as far as the cabin is concerned. The seats were locally designed and custom-made to suit the Australian build. The driver’s seat had better lumbar support and a refined spring, which made the ride more enjoyable It may have been somewhat conservatively styled, but the effort Nissan had put into the engineering of the car made it reliable and tough, qualities most Australians rated higher than a more advanced design.

Only the early fully imported 200B sedans and coupes retained the independent rear suspension from the 180B, locally assembled 200B sedans instead switched to coil springs with trailing arms, while the wagon had a live axle in the rear with leaf springs. Seen as a giant step backwards, the reason for the change was certainly not a cost-cutting measure, but simply the need for Nissan to reach an 85% local content quota that the then Federal Government demanded of Australian car manufacturers. However, in practice the live rear axle, being an Australian development, proved to actually benefit the car’s overall handling dynamics.

The wagon had the maximum ground clearance at 4360mm while the GL/GX sedan had the minimum at 4330mm. All versions had a turning circle of 10m, which made it ideal for cities. While the sedan had a 60L fuel tank, the station wagons came with smaller 55L fuel tanks.

From Gumtree AU and Wiki

Owned by David Arton and Alicia

(Article in May Issue of The Wheel)

“Dave decided that he’d look for a Beetle instead.”

He spent countless hours trawling through Carsales.com etc but didn’t see “The car”.

Then Dave saw IT!

It was perfect, a fully restored 1958 6V Beetle, whitewall tyres, a beautiful paint job and a smart interior. 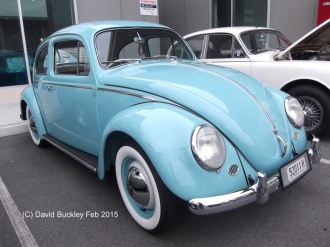 On August 1, 1957 Volkswagen enlarged the rear window on the Beetle and, according to one of Volkswagen’s popular advertisements from 1960, at the suggestion of a very famous Italian body designer making the 1958 model year the beginning of the square window Beetle.

The 1958 model year Volkswagen Beetle encompasses Beetles built from August 1, 1957 until July 31, 1958 having chassis number 1 600 440 ranging to chassis number 2 007 615. And while the ad boasts only one change, these Beetles show major obvious changes from the previous 1957 oval window model. The rear window and front windshield were made much larger making it easy to spot a new Beetle driving around in 1958. The sun visor changed shape to be rounded on the outside upper edge to fit with the new windshield but still is made of green transparent plastic. The dashboard was redesigned with a larger glove box, the ash tray moved to bottom centre of dash, and the radio moved to centre of dash with wiper and headlight buttons above, the speaker is now located to the left of the speedometer, and the ignition to the left of the ash tray.

Other changes are the front turn signals moved to top of fenders in U.S. specification models but European models retained the semaphores. The “W” deck lid is dropped for a less shapely one, and a flat type accelerator replaces roller type. The convertible Beetle received horizontal air inlets replacing the previous vertical inlets. All Beetles received wider brake drums and shoes. The frame head was reinforced and a new clutch release assembly with stronger clutch springs was added. The third and fourth gear ratio changed in the transmission.

There are several difficult parts to find to restore a 1958 Beetle, such as the sun visor which is a one-year only part. You’ll find a lot of oval window Beetle owners installing the 1958 sun visor in their cars, but the more square oval window era visor does not fit the 1958 Beetle quite right. The gray hand brake boot with pebble texture is next to impossible to find, and while I’ve found several NOS black pebble textured boots I’ve only found one used gray one in fair shape. Not everything changed of course, some features on the 1958 Beetle were carried over from the oval years. The speedometer is the same as previous years, the tail lights are the same as 1956 and 1957, the steering wheel  also carries over from these years, as well as the pull style outside door handles and the doors and hood.

Like the late oval window Beetles, the engine is still 36hp SAE, and the transmission is a split case with a non-synchronized first gear and the gas tank is the same shape with a hump and 80 mm cap. Of course, there are many other parts shared with the oval window Beetles, such as switches, knobs and inside door handles, etc.

Owned by Brian and Benita Thomas

(Article in April Issue of The Wheel)

“It looked great and I decided on first sight that I would buy it.  It still has it’s complete tool kit.”

BUT NOT SO FAST!

“First I had to survive a social etiquette challenge, morning tea with the owner, followed by a rigorous interview.    Would I garage it?     What were our club runs? ”

“Benita and I hope to get as much joy from this car as the previous owners. I am sure we will.” 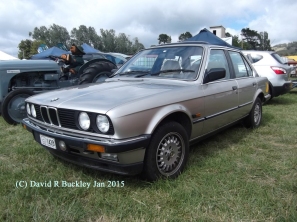 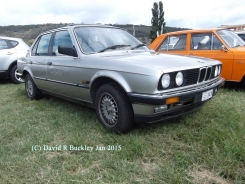 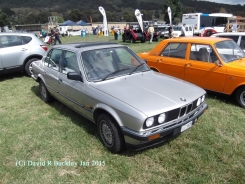 (Article in March Issue of The Wheel)

Paul and Fay Cunneen’s early 1928 Ford is a Model “AR”. Although Ford never actually catalogued a “Model AR,” it is a very early 1928 Model A with the “R” suffix meaning “Replaced,” that is some parts were superseded parts left over from the Ford T Model – maybe.. 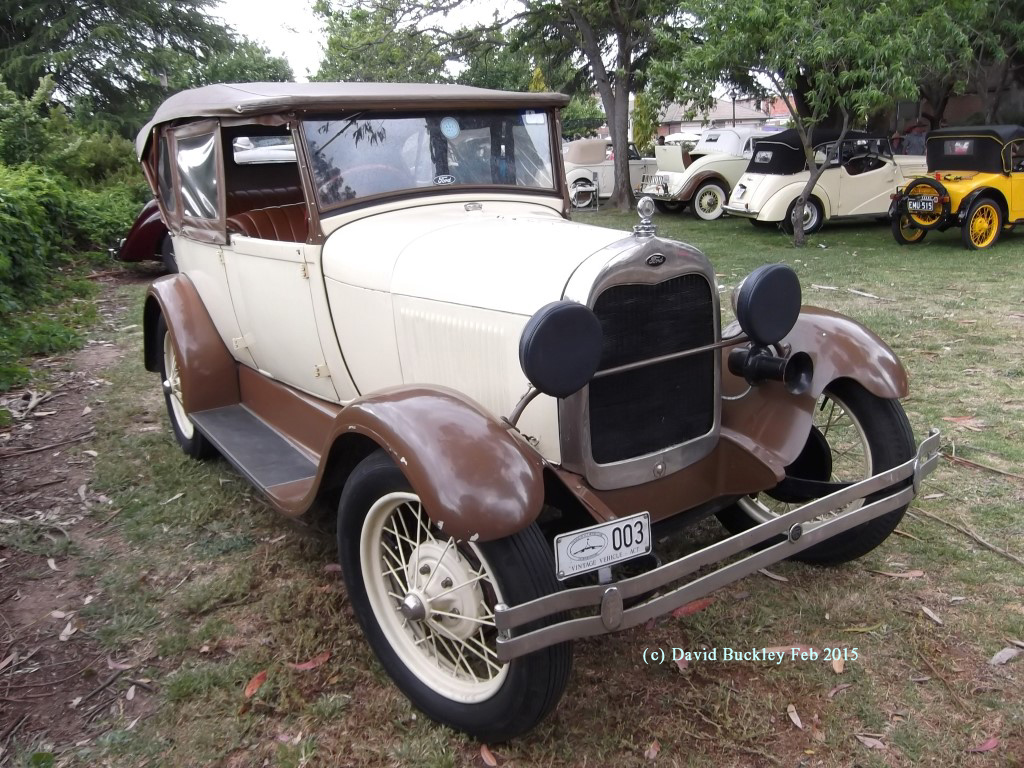 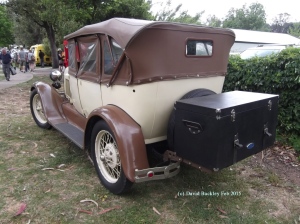 Car of the Month February 2015

“Betty is not a concourse car, but one that should see my daughter through her provisional licence year.”

(Article in February Issue of The Wheel)